150th anniversary of the Battle of Gettysburg 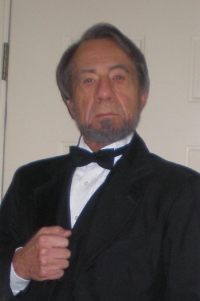 Westlake resident Mel Maurer will host "An Evening with President Lincoln" August 3 and 4 and Clague Playhouse.

The first, second and third of this month marked the actual 150th anniversary days of the Battle of Gettysburg in 1863. A battle that is often called the turning point in our country’s horrible Civil War (1861-1865). The Union’s decisive victory over General Robert E. Lee’s Confederate Army of Northern Virginia was a much needed win, especially over Lee who had yet to be defeated in the war – finally proving that he was not invincible. This victory, and turning point of a sort, did not mean that it was all downhill for the South after it. It would take almost two more years – with more wins by Lee – before the South finally gave up.

The day after the Gettysburg victory – July 4 – the Union Army under General Grant took the Mississippi town of Vicksburg which had guarded the Mississippi River for the South. With the fall of Vicksburg, that great river (called "the mother of rivers”), the artery of commerce in the West, was opened all the way to New Orleans for Northern forces – the biggest blow to any chance the South had of winning the war or negotiating a peace treaty giving it independence.

These key victories, one ending Lee’s invasion of the North and the other taking the great river from the South, were early death knells for the rebelling states. With Union blockades preventing much needed supplies reaching the South from overseas, the loss of the Mississippi River and the ever advancing Northern armies from the North and West, the South was being squeezed to death. Its only hope was to drag out the conflict in hope the people in the North would grow too weary of the war with its great loss of life and just finally let the South secede.

The North did grow weary of the war – President Lincoln was under constant pressure to end it, letting the South go. He would not do that and in 1864, it looked like he would lose his bid for reelection – so much so that he even wrote a letter to his cabinet telling them he would lose and what they would have to do while still in office to win the war before the new president came into office to negotiate a peace. General Sherman’s taking of Atlanta in September (another turning point) changed everything. The North then knew it would win and Lincoln would win too giving him time to finish “the great task remaining before us.”

Gettysburg, Penn., is noted for the battle fought there and for a short talk by President Lincoln the following November 19. I plan to write an article on it later this year – I’ll be in Gettysburg for the 150th anniversary of Lincoln’s address. (Rumor has it that President Obama will be there too.)

We mark the birth of our wonderful country on July Fourth with the Declaration of Independence from Great Britain. And we mark what Lincoln called “the rebirth of freedom” that turned our country into a nation with our Civil War. A war that began to end at Gettysburg.

At least 11 young men from this area fought in the war, one is buried in Westlake's Evergreen Cemetery. We can never honor such men enough.

Shameless plug: In my one man show, “An Evening with President Lincoln,” which I will be doing August 3 and 4 at the Clague Playhouse to raise money for the playhouse and the Westlake Historical Society, Lincoln, in a talk at Ford’s theater in February 1865, discusses his life and the war using much of his great humor to ease his pain of the ongoing loss of life. “I laugh,” he once said, “because I cannot cry.”