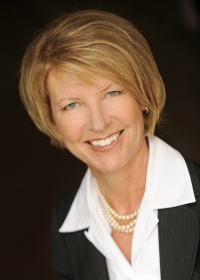 City Council and I have worked hard to maintain and improve Bay’s quality of life. That hard work has paid off… Bay Village has been consistently recognized by Cleveland Magazine as a top community, No. 1 in 2012; by Family Circle Magazine as 2012’s Top Ten Best Towns in America to raise a family; by Forbes Magazine for rapidly increasing housing values; and by Yahoo in 2013 for being a hip place to live.

We have also been recognized by the Auditor of State for excellence in financial reporting and I, along with the other Westshore Mayors, have been awarded the Taxpayer Hero Award for creative, collaborative approaches to saving tax dollars. I am the only candidate who stated I won’t raise your property taxes! But that doesn’t mean that Bay Village, like most communities, won’t face challenges in the years ahead.

Having an experienced leadership team in place is critical to our continued calm and peaceful life. I gained invaluable experience during my four and a half years on City Council, serving as the Council Representative to the Planning Commission, the Architectural Board of Review, the Tree Commission, and the labor negotiation team.

I came to this office with a deep knowledge of the City and its operations, avoiding a lengthy, disruptive transition period. Thirteen years later, our subsequent success is a reflection of our great leadership team including City Council, my administrative team, and engaged citizens.

I respectfully ask for your vote on Nov. 5. Thank you!