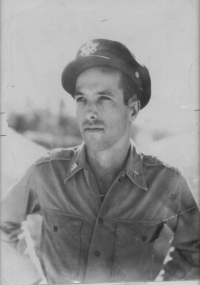 As we enjoy the revelry of Halloween then move on to contemplate the solemn significance of the Veterans Day observance, we take pause to remember those who served before, while being mindful of those who are currently engaged with our nation’s armed forces and striving to protect our nation’s freedom and way of life.

Among Halloween’s usual cast of characters, ordinary humans dressing as superheroes are perennial favorites. This year a costume of historic significance would be that of Superman to coincide with the 75th anniversary of his comic book debut.

For a West Shore tie, one may consider that Wilson Hirschfeld, an award-winning journalist who had his start on the staff of Glenville High School’s newspaper The Torch, alongside Siegel and Shuster, called Bay Village home from 1965 to 1974.

Some Superman historians lend credence to the notion that Siegel and Shuster had Hirschfeld in mind while developing the character of Clark Kent, reporter for the Daily Planet.

Slight in stature during his high school years, Hirschfeld was known for his sharp wit, but was otherwise seen as a quiet, shy and introspective young gentleman.

Any similarities to “mild mannered reporter” Clark Kent, who found himself awestruck and awkward around Lois Lane, may have been more than coincidental.

When asked by peers and family members about rumors of a Clark Kent connection, Hirschfeld routinely responded with nothing more than a chuckle as if keeping a covenant. It was his older sister, Mary, also a journalist, who recounted that Siegel and Shuster would often exchange ideas with Wilson on the family’s front porch for hours on end.

The treat of this story is learning of three friends who shared a vision for a better existence and a brighter future for all. Life in America was meant to hold so much promise for these children of immigrants as it was for all people. Siegel and Shuster sought to deliver their message through science fiction while Hirschfeld pursued a journalistic course interrupted only by military service during World War II. A desire to right the wrongs in constructive ways led all three to become legends in their own right, and well recognized in their fields.

Part of Halloween’s allure is in its mystique that evokes thoughts of the unknown. One wonders what lurks in the shadows or emerges as a shimmering vision from the past. With silenced voices of those long gone, we are left to imagine what we will when fact and fiction intersect.

What we can do is celebrate that our area has been home to so many legends and salute those who gave rise to Superman. Happy Halloween!