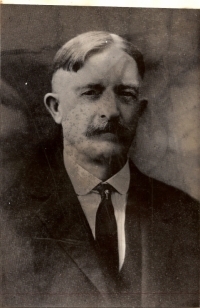 Westlake's own George Cooley was a champion for Ohio's farmers. He will be honored with an Ohio Historical Marker.

How significant is the number 7 in our society? There are seven days in the week, seven notes on the musical scale, and seven wonders of the world. Many say the number 7 is magical.

I point this out because all of us at the Westlake Historical Society are very proud to announce our seventh Ohio Historical Marker honoring George L. Cooley – a teacher, contractor, road builder, insurance executive and organizer of county and state farmers.

In 1893 he organized the first grape growers cooperative in Ohio. As a contractor, he built some of the first paved roads in Ohio, then helped organize the highway departments in Ohio, California, Louisiana and elsewhere. He also served as chairman of the assembly which organized the Ohio Farm Bureau Federation in 1919 and served on its board of directors for many years. If that was not enough, Cooley also co-founded the Farm Bureau Mutual Automobile Insurance Company, predecessor to Nationwide Insurance Company, and served as its president until his death in 1939.

The historical marker program in Ohio identifies, commemorates and honors the important people, places and events that have contributed to our state's rich history. This program is an important educational tool, as each marker seeks to inform residents and visitors about significant aspects of Ohio's past. More recent markers also include a photograph of the person, place or event described in the marker text.

The Ohio Historical Marker program is administered by the Ohio History Connection in Columbus. A complete listing and description of all the historical markers in Ohio is available at remarkableohio.org.

The newest Westlake marker will be officially installed in a yet-to-be-determined location this summer. Please look for future articles throughout the next few months about the life of George Cooley and the contributions he made to our community, state and country.

Lysa Stanton is the current President of The Westlake Historical Society