Animal law expert to speak in Bay Village on May 26 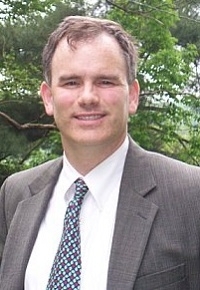 Animal law expert Jeffrey Holland will speak on Tuesday, May 26, 7-9 p.m., at Bay Middle School, 27725 Wolf Road, on Ohio law, especially with regard to animal neglect and animal cruelty. The meeting is free and open to the public. Questions from the audience are encouraged, and Mr. Holland has the experience to address all of your animal law concerns.

Mr. Holland is a partner in the law firm of Holland & Muirden with offices in Sharon Center and Fairlawn. He has prosecuted numerous animal cruelty cases and represented county humane societies in 42 of Ohio’s 88 counties. He has provided various legal services to all kinds of non-profit animal welfare organizations.

He has also been instrumental in drafting animal welfare ordinances and legislation, including Ohio’s Companion Animal Law which was enacted in 2003 and made the first major changes to Ohio’s companion animal law in a century. In 2013, Mr. Holland drafted HB 274 which is known as Goddard’s Law. It would have made some acts of animal cruelty felonies for the first time in Ohio, but it was not enacted into law. Currently, Goddard’s Law is pending before the Ohio legislature as HB 60.

Mr. Holland graduated from Denison University in 1983, and the Franklin Pierce Law Center in New Hampshire in 1987. He became a member of the Ohio bar in 1988. He teaches animal law at Case Western Reserve University School of Law, and he was on the Ohio Peace Officers’ Training Commission Committee that developed a curriculum for Humane Agents in 2003.

historian, legal historian, former tax lawyer, author of Bankruptcy in an Industrial Society: The History of the Bankruptcy Court for the Northern District of Ohio (Akron University Press, 2014)