Dinner and talk on impact of LTVs bankruptcy 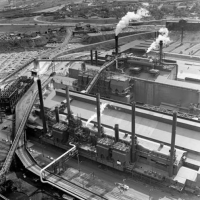 CWRU History Associates will host a dinner at the Cleveland Skating Club, 2500 Kemper Road, Shaker Heights, on Jan. 27 followed by a lecture entitled “LTV’s Bankruptcy and De-industrialization of the Steel Industry in Northern Ohio.” Bay Village resident Susan Murnane will deliver the lecture.

Murnane’s talk will discuss Northern Ohio’s development as an international center of steel manufacturing at the end of the 19th century, and its subsequent decline at the end of the 20th century, as seen through the prism of LTV’s bankruptcy. While many factors contributed to the restructuring of the steel industry, including foreign competition, technological change, troubled labor relations, and the rise of private equity, Murnane argues that the distribution of gains and losses from the restructuring in northern Ohio was profoundly shaped by the 1978 bankruptcy reform that introduced Chapter 11 of the Bankruptcy Code.

Murnane’s talk is based on research she undertook in connection with her book, "Bankruptcy in an Industrial Society: A History of the Bankruptcy Court for the Northern District of Ohio."

A Minnesota native, Murnane graduated from Carleton College in Northfield, Minnesota, and received a law degree from the University of Minnesota in 1977. She practiced law with the U.S. Department of Justice Tax Division, as a United States Attorney for the Eastern District of Michigan at Detroit, and in private practice, before moving to Bay Village in 1995. She received a Ph.D. in American history from Case Western Reserve University in 2006.

For more information and to make reservations, contact Frank LaRue, CWRU History Department, at frank.larue@case.edu or 216-368-2625. A cash bar will open at 5:30 p.m., followed by dinner at 6:00, and the program at 7:00. Dinner costs $40 per person and includes salad, herb chicken with roasted fennel, vegetables, and dessert. Vegetarian options are available if requested at the time reservations are made.

historian, legal historian, former tax lawyer, author of Bankruptcy in an Industrial Society: The History of the Bankruptcy Court for the Northern District of Ohio (Akron University Press, 2014)