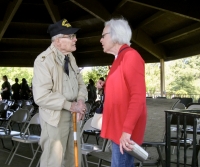 The Westlake Kiwanis would like to thank the public for their participation in their annual Memorial Day Parade – the many people who lined Hilliard during the parade and those who attended the services at the Gazebo along with the many antique vehicles and marching units.

Particular thanks go to: