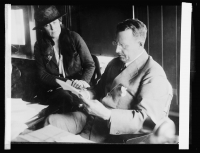 On Monday, Aug. 26, the Westlake-North Olmsted Chapter of the League of Women Voters will celebrate Women’s Equality Day, marking a key date in the history of women’s right to vote in the U.S.

This August date in 1920 was when the United States Secretary of State certified the 19th Amendment to the U.S. Constitution, making female citizens eligible to vote for candidates at all levels of government beginning with the presidential election of November 1920. The lead-up to this change in law had been long and tumultuous, beginning formally in 1848 at a national convention of advocates for women’s right to vote in Seneca Falls, New York.

It was not until 1919 that the proposed 19th Amendment was passed by both houses of Congress. Years before, several Ohio cities (including Toledo, Lakewood and East Cleveland) had rewritten charters to allow women to vote in municipal and/or school board elections.

The proposed amendment was approved in the U.S. House of Representatives by a vote of 304 to 89 on May 21, 1919. The U.S. Senate voted “yes” on June 4, 1919 by a vote of 56 to 25. Now the proposal needed two-thirds of the state legislatures to secure its inclusion in the Bill of Rights. The Ohio legislature responded rapidly (and affirmatively) on June 16, 1919. Then-Governor James Cox was a vocal supporter in Ohio and then before the nation when he became the Democrat’s candidate for U.S. President in August 1920.

By March 1920, 35 states had voted for the amendment, eight states had rejected it and five had not voted; the nation waited eagerly to hear from the necessary 36th state. The issue as well as the weather were both “hot” when the Tennessee legislature addressed the question. The Tennessee Senate easily voted “yes” and the issue went to the Tennessee House of Representatives, where a last-minute change to the affirmative by a young representative (influenced by his mother’s plea) broke the 48-48 tie, resulting in final approval on August 18, 1920. (It took 60 more years for the remaining 12 states in the nation to ratify. Mississippi was the last state to approve the amendment – March 22, 1984.)

Immediately upon the 19th Amendment’s certification, the League of Women Voters embarked on voter education activities and has never stopped. Membership in the League is open to both men and women and all local residents are invited to join in this critical non-partisan mission. For more details, call the LWV of Greater Cleveland office (which has many chapters in the area, including Westlake-North Olmsted and Bay Village) at 216-694-8108 or visit www.lwvgreatercleveland.org.