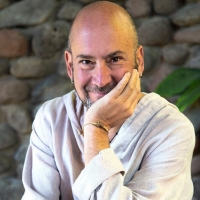 For years, James Twyman has been known as the "Peace Troubador." In 1995, James was invited to Croatia and Bosnia to perform a peace concert using his songs created from the peace prayers of the 12 major religions. Since then, James has traveled to Iraq, South Africa, Northern Ireland, and most recently Iran, to bring his focus of peace to areas impacted by the tensions of war.

Twyman has always had an affinity for St. Francis, and has been inspired to take his one-man musical, "Brother Sun, Sister Moon," to an off-Broadway venue. He will travel penniless from Portland, Oregon, to New York City relying on the generosity of people along the way.

“That’s how Francis would have done it,” Twyman said. “His life was centered on serving humanity in simple, down to earth ways. If he was alive today he’d probably embrace things like social media, but he’d also travel with no money and no possessions. In my case, I’ll hitchhike, walk when I have to, and rely upon others for food and places to sleep.”

Twyman believes St. Francis' values of inclusion, respect for all living beings, and peaceful coexistence are a clarion call in a world so divided and dissonant.

Once in New York, Twyman will be sharing free tickets with the homeless, and inviting them to share a meal before the show. Along the way to New York, "Brother Sun, Sister Moon" will be presented at venues across the country.

Twyman will be at Unity Spiritual Center in Westlake on Friday, Feb. 7 at 7 p.m. The public is welcome. A $20 love offering is suggested but no one will be turned away. Register online at www.uscwestlake.org or by phoning 440-835-0400.