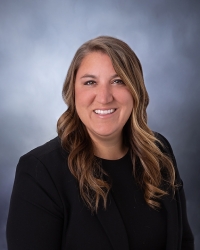 Lindsey Holeman will be Bay Village Schools’ Director of Student Services. She starts her new position on Aug. 2, 2021. Holeman replaces Assistant Superintendent for Special Services Martha “Marty” Patton, who is retiring after 14 years with the District.

Holeman most recently served as Principal of Redwood Elementary School in Avon Lake. Prior to that role, she was Director of Student Services for Perkins Local Schools in Sandusky – a position she was promoted to after serving as that district’s Special Education Coordinator. The Huron resident has also served as an intervention specialist with Vermilion Local Schools, Perkins Local Schools and Sandusky City Schools.

While serving as the Director of Student Services for Perkins Local Schools, Holeman oversaw initiatives that resulted in increasing that district’s Gap Closing scores from 18-86% in three years, and improving all failing Value Added scores to straight As in one year.

She is a graduate of Bowling Green State University (Bachelor of Science in Education and Master’s in Educational Administration & Supervision), and is currently pursuing her Superintendent Licensure, also with BGSU.

Holeman and her husband, Kyle, have two daughters, Madison, 12, and Taylor, 5. She enjoys spending time with her family, vacationing and coaching her daughters’ sports teams.

Bay Village Schools Superintendent Jodie Hausmann said Holeman’s background and exemplary service to the students she has served made her stand out when interviewing for this position.

“Lindsey’s impressive lead learning as both a former Director of Student Services and as a Building Principal pushed her to the top of the pack,” Hausmann said. “She is well-respected in her field, and Bay Village Schools is fortunate to have her taking over this important role with the District.”

Holeman is excited to get started in her new position.