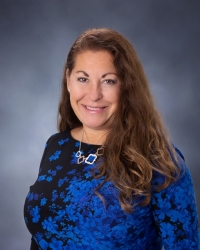 During its July 14 Special Board Meeting, the Bay Village Board of Education voted unanimously to appoint the district’s Director of Teaching and Learning, Char Shryock, as Bay Village Schools’ Interim Superintendent. Her expanded role begins Aug. 1.

Shryock has served as the district’s Director of Teaching and Learning since 2011. She will succeed Superintendent Jodie Hausmann, who resigned on June 14 and who remains with the district through July 31.

Prior to coming to Bay Village Schools, Shryock served the Fairview Park City Schools for nearly 22 years as a teacher, technology integration specialist and curriculum leader. Throughout her career, Shryock has been recognized for her efforts, knowledge and talents, including being named Teacher of the Year by the Fairview Park City Schools, Administrator of the Year by the Science Education Council of Ohio (SECO), named Outstanding Math Educator by the Greater Cleveland Council of Teachers of Math, and receiving the Oak Tree Award by the state of Ohio PTA Council.

Outside Bay Village Schools, Shryock serves as a member of the Lake Erie Nature & Science Center board of directors, and as the District 3 Director for the Science Education Council of Ohio.

“Char’s 10 years as an administrator within the district, coupled with her time working on recent initiatives like a new strategic plan, made her the right choice for the Interim appointment,” said Bay Village Board of Education President Lisa Priemer.

“I am honored to be named the Interim Superintendent, and I am excited to move forward all the good work the district and community stakeholders have been focusing on for the last 18 months,” said Shryock.

Premier said the Board intends to work with a search firm to assist them in finding the next superintendent of Bay Village Schools. The goal is to have that search underway in early 2022.