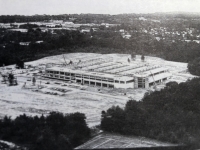 Figure 28 from Robishaw's book showing Union Carbide research laboratory under construction southeast of Columbia and Detroit Roads in the 1980s.

This is the first in a series of articles focusing on Westlake's growth from the 1980s to today.

"The 1980 census figures indicat[e] a population of 19,483. Although the population was greater than ever, much of the western part of town consisted of vacant fields, and some empty woodlots.” Robishaw quotes a 1980 Cleveland Press article which emphasized that while new houses nationwide were getting smaller, the new houses in Westlake were getting larger.

"The city adopted a new Guide Plan in July of 1980, to direct future development of the use of the over ten-thousand acres within the city. This Guide Plan had been developed and recommended by the staff of the Cuyahoga County Regional Planning Commission … [a] revised version [was] adopted by Council in December of 1984.

"The introductory paragraph of the Guide Plan follows: ‘This Guide Plan is a recommended land use plan for the City of Westlake designating a generalized pattern of land uses formulated to achieve agreed upon community goals and objectives. The fitness of the plan in achieving these goals is documented through a series of interrelated analyses concerning population growth, residential capacity, school enrollments, retail need and fiscal impact. This holistic or comprehensive approach to the City’s future was adopted to maximize the City’s unique potentials and assure that the needs of the citizens are fully met.’

"There were five steps in the planning process. The first step surveyed Westlake’s state of development at that point in time. The second step analyzed that current state of development, and considered possible future trends and needs. The third step was the development of alternative solutions to present problems, and to future opportunities. The fourth step was the selection of The Plan (Guide Plan), on the basis of adopted goals and objectives. The final step was the means of implementing the recommendations of the Guide Plan.

"In 1980, nearly 4,700 acres of the City’s 10,126 acres were vacant, over 46% of the total [according to the Guide Plan]. The same source indicates that residential housing occupied 2,647 acres, just over 26% of the total. Commercial and industrial development, including retail stores, took up 472 acres, nearly 5% of the total. Community and recreational facilities could be found on 962 acres, or over 9% of the whole. The remaining approximately 14% included 12 acres of water; 63 acres for utilities …; 890 acres for streets and rights-of-way; and 383 acres utilized for agricultural pursuits.

"The appetites of the developers were satisfied during the decade, as the community continued to sprout new roads in some of the former vacant fields; and large impressive homes rose along those roads. Perhaps most noticeable to a resident who moved away in 1980, and returned in 1990, would be increased number of apartment buildings, especially along Detroit Road west of Cahoon Road.

"Impact fees established in 1986 were evidently no deterrent to building in Westlake. In the four-year period of 1985 to 1988, seventeen single-family subdivisions were taking shape, containing nearly 800 homes.

"Too, industrial construction continued, and provided additional employment opportunities in Westlake. National headquarters of several corporations have located in the City, and of course are a very welcome part of the industrial scene, being in reality just more office buildings.

"Westlake’s building continued to lead every suburb of Cuyahoga County in the ‘Eighties, in residential, commercial and industrial construction – for three reasons. First, the need for the homes, commercial space, and industrial growth was in place. Second, the City had a great many undeveloped parcels of land, and access to a fine transportation network. The third reason, so important, was the continued expansion of the City’s sanitary sewage disposal system. By 1990, most of the developed land had been tied into that system; and undeveloped land was ‘sewered’ as it became developed.”

As part of the current update, we are adding: “By 1987 more than 10,000 people worked in Westlake, now an important employment destination in Greater Cleveland. By 1990 the 27,018 residents calling Westlake home were occupying new executive homes or new luxury apartments or condominiums, and others moving into well-maintained, existing housing stock. The nineteen-eighties also included the opening of a new public library and a new post office – both near the historic center of town and their former locations – Dover Center and Center Ridge Roads.”

What was unique about the development of Westlake is that the executive and legislative branches of the City government and the Planning Commission were in agreement and followed the Guide Plan without caving into any special interests or landowners. Westlake got “ahead” of the development and steered it towards a desired outcome.  Good civic leadership. Good planning!