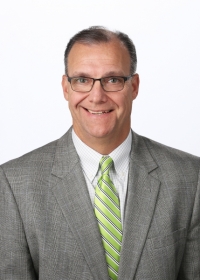 Scot T. Prebles will begin his term as superintendent of the Bay Village City School District on Aug. 1.

The Bay Village Board of Education has named Scot T. Prebles the new superintendent of the Bay Village City School District. The Board unanimously approved the appointment during a special board meeting on Saturday, April 2.

Prebles, who currently serves as superintendent of Forest Hills School District in the Cincinnati area, will start with Bay Village Schools on Aug. 1. His contract is for five years, and he will earn a salary of $180,000 per year.

“I am humbled by this decision and excited to get started,” said Prebles. “This will be a team effort and we are going to make you proud. I will do everything I can to maintain and expand the lighthouse district status of Bay Village Schools in our state and nationally.”

The Cincinnati native earned his bachelor’s (B.S. in Industrial Technology Education) and master’s (Administrative Educational Leadership) degrees from Miami University in Oxford, Ohio. He serves as an Executive Committee Board Member for both the Alliance for High Quality Education and the High Aims PD Consortium. He is a member of the BASA (Buckeye Association of School Administrators) Central Office Professional Development Committee and a Committee Co-Chair for the Cupp/Patterson Ohio Fair Funding. He and his wife, Leah, have two sons, one currently in college and one graduating from high school this year. They look forward to becoming members of the Bay Village community.

Prebles was one of two finalists brought forward after the field was narrowed to six semifinalists from the 29 who applied. Ben Richards of Valley View Local Schools in Germantown, Ohio, was the other finalist. The two finalists participated in Q & A sessions with internal and external stakeholder groups affiliated with Bay Village Schools earlier this week. The search was coordinated by Finding Leaders.

“The Bay Village Board of Education feels Scot represents the qualities our stakeholders want in the next leader of our district, as well as the experience and vision in our quest to become a lighthouse of excellence district throughout the state,” said Bay Village Board of Education President Paul Vincent. “The Board would like to thank all the parents, students, staff and community members who participated in this process.”

Bay Village Schools’ Director of Teaching and Learning Char Shryock has been serving as the district’s interim superintendent since August of 2021. Shryock was appointed to this dual role after former Superintendent Jodie Hausmann left the district in July of 2021 to be Executive Director at Connect.