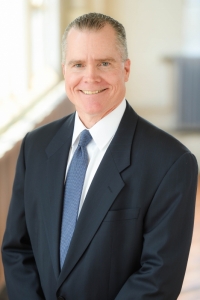 I attended undergraduate college at Cleveland State University and graduated with a bachelor of arts degree in 1984. I then attended law school at Cleveland-Marshall College of Law, where I earned my J.D. degree in 1987. I began my legal career as an Assistant Cuyahoga County Prosecutor in 1987. I prosecuted hundreds of serious felony charges, including Murder, Major Drug Trafficking, and Corruption cases. I then went in to private practice at a firm and later on my own. When opening my law practice, I also started as an assistant law director for the City of Parma. I have now been licensed and practicing law for 30 years.

I have been employed as a prosecutor at the felony and misdemeanor level for a combined 24 years, and as a law director for 17 years. I have a career of legal work in both the public and private sector, and on both sides of civil and criminal litigation.

My home and my business are in Westlake. I have four children and one grandchild. My family and I attend St. Bernadette Catholic Church.

Westlake does not need a change of philosophy or direction in its government. I would be honored to help stay the city’s course as law director and prosecutor.