Westlake's Ann Frangos appointed to Tri-C board of trustees 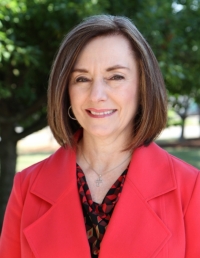 Ann Frangos has been appointed to the Cuyahoga Community College (Tri-C) Board of Trustees for a term ending Oct. 12, 2022.

Frangos retired from AT&T in 2013 as an assistant vice president responsible for accounts receivable management for commercial accounts worldwide. She oversaw seven call centers across the United States and international centers in the United Kingdom, Hong Kong and India.

She also served as director of human resources with AT&T, where she directed Equal Employment Opportunity and affirmative action programs.

Overall, Frangos spent more than 36 years in the telecommunications industry in a variety of roles, including positions in credit and collections, finance, accounting operations, budgeting, long-range planning and operations research.

Her involvement in the community includes positions as chair of the YWCA Greater Cleveland board of directors and treasurer of the philanthropic Greek Orthodox Ladies Philoptochos Society of Rocky River.

The Westlake resident is also a past board member of In Counsel with Women, a Northeast Ohio network of female executives.

Frangos was appointed to Tri-C’s board of trustees by Ohio Governor John Kasich. She will be sworn in during a special board meeting April 26 at the College’s District Office in Cleveland. She replaces Michael Canty.