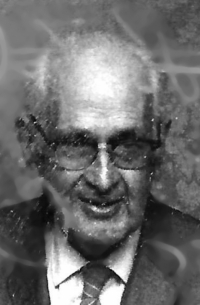 Let’s take a look back at "happenings" in Bay Village during the early 1900s with some fun stories and facts told by Clifton Aldrich, Ernie Wuebker and George Drake.

The first Christmas I remember was in the old Aldrich parlor (George lived with his grandparents, Mary Anne Stevens and Henry Aldrich, at 30663 Lake Road), where we had a tree that used real candles that clipped on the branches. I got a tricycle. One trip I made on my new bike was to a birthday party at the “grove” (Eagle Cliff Woods – the Stone family church campground on the north side of Lake Road still recognizable today). I rode past the water pump that was located at Bradley and Lake roads. A big stone trough stood there for the horses to drink from.

There was a split rail fence along the south side of Lake Road from Grandma and Grandpa Aldrich’s house on the corner of Bradley Road east to Saddler Road. The fence kept the cows in the pasture.

There was a grocery store and post office (called Eagle Cliff Post Office) just north of the Lake Shore Electric tracks on Bradley Road. It was nice because you could see clear down the tracks into Avon Lake. (Today this is the entrance off Bradley Road into Huntington Woods.)

Perry Powell told me of his father, Tom, saying there was an Indian encampment here previous to the time that he bought the farm in the early 1800s. (The farm was at 576 Bradley Road. Ernie was related to the Powells and lived on part of this farm.) While I was plowing I turned up about four quarts of small arrowheads and about four quarts or more of the tomahawk and skinning-type stones.

A couple of men on Bradley Road bought the first automobiles around here. One of these men, after he acquired the art of driving, was still not too safe a driver. In going to church a few weeks later, he got up to Detroit Road and bumped into a motorcycle. The cyclist was knocked off but the machine was not damaged. The cyclist got back on the motorcycle this time behind the auto, and the man got back in his car.  Before the motorcyclist could get out of the way, the man started the auto – he had it in reverse – and ran over the motorcycle.

We fished for years out in the lake and had every reason to expect a good catch of blue pike. I remember one occasion of going out and in an hour’s time, with my partner, of catching fifty-two blue pike ranging from fifteen to eighteen inches in length, without any other kind of fish giving us a bite. The commercial fishermen set gill nets out.

The population was rather scarce here when I was fifteen years old. I recall only ten houses on Lake Road from Dover Center Road to the banks of the Rocky River.

(Clifton grew up at 366 Bassett Road. He built his own home on Osborn Road. Both are still standing.) Calvin Osborn was an habitual trader. If he had more than one horse, he hung a “Horse for Sale” sign on Lake Road. One day the Methodist preacher from Dover came by and, in need of another horse, stopped to see Cal and his stock. "Yes, I have one horse for sale now. He has a rough coat and he don’t look good, but he’s a good horse anyway," Cal told him. (After bargaining a good price, the preacher gave Cal $25. The deal was made and the old nag was tied behind the buggy. On Dover Center Road the preacher stopped at the blacksmith shop to have the horse’s shoes inspected.  "Well, parson," said the smithy, "so you brought Cal’s old blind nag, did you?" "Blind?” yelled the parson. "Sure enough, he said that he didn’t look good."

On the southeast side of Tuttle Creek was a little old schoolhouse where my sister Edith taught. (It is part of Bay Presbyterian Church today.)  Right next to that was Ezra Tuttle’s place. He married Victoria Clague – Clague Road is named after her family. Down a little further was the Dover Bay Wine Company. (This land became the streets from Forestview to Clague Road.) When you go a little farther you come to where Joe Gardner’s place was – he was the fellow who promoted Mulberry Park where he had planted mulberry trees. (Mulberry Park was at Clague Road across from Reese Park today.) They had picnic tables, concessions and a merry-go-round.

During the early period in Bay Village there was political favoritism. There really was!  In front of the councilmen’s houses they had slag roads and the Cahoons had a slag road up to the crossing over to Dover to their store. Wherever there was a councilman, he had slag in front of his house so the road wouldn’t be so dusty.”

These are just a few of the stories that can be found in our book, "Bay Village: A Way Of Life." I have edited a little to make the stories fit but they are still in the writers’ words. If you want to read more, buy one of the good books written on Bay Village history.