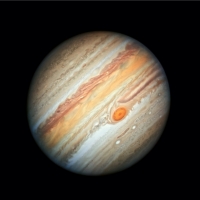 Summer is coming to a close, but on the bright side – there will be more time to look up each night and enjoy the night sky. Lake Erie Nature & Science Center's planetarium specialist Katy Downing shares some of the astronomical events, visible planets and constellations to watch out for this month.

An equinox is the moment when Earth’s Northern and Southern Hemispheres receive approximately equal amounts of sunlight – this year on Monday, Sept. 23, at approximately 3:50 a.m. EDT. Equinoxes occur twice a year – spring and fall – when the tilt of the Earth’s axis and orbit around the sun combine in such a way that the axis is tilted neither away from nor toward the sun.

At the equinox, days and nights become equal in length. For us in the Northern Hemisphere, the sun will rise later and set earlier. Meanwhile, south of the equator, spring is about to begin.

Jupiter, the second-brightest planet after Venus, dazzles the sky at dusk through late evening in September. Not sure where to look? Jupiter travels along the path of the sun throughout the day, and it’s the brightest star-like object you can see.

East of Jupiter, Saturn shines with a steady yellow light due south in the constellation Sagittarius. The Ringed Planet is ideally placed after dusk but soon starts to move toward the southwest, setting about an hour before midnight.

Fall is an excellent time to view Fomelhaut, often called “The Autumn Star.” From September through December, the bright and solitary star is visible in the mid-evening close to the southeast horizon, located in the constellation Piscis Austrinus, the Southern Fish.

Increasingly prominent in the eastern sky is Pegasus, the winged horse. Look for the Great Square of stars that outline the body as a useful guide to the fall patterns around it.

Ascending in the northern sky is Cassiopeia the Queen. This constellation is easy to recognize, as its stars resemble the shape of the letter “W.” Queen Cassiopeia is actually visible year-round circling the pole star, however, her story takes center stage in autumn with her daughter, Princess Andromeda, rising just after Pegasus.

Still hanging on to summer? The Summer Triangle, setting in the west, is still visible and shining bright this month. Look fondly toward the last stars of summer, and prepare to embrace the change of season.

Celebrate the autumnal equinox and learn more fall sky viewing at Family Astronomy Night on Friday, Sept. 27, at 7 p.m. at Lake Erie Nature & Science Center, 28728 Wolf Road. Enjoy presentations and stargazing in the planetarium, then head out on a lantern hike through Huntington Reservation and catch a glimpse of the night sky through the Center’s 8-inch Schmidt Cassegrain telescope. Tickets cost $10 per person (children 2 and under are free). Register online at www.lensc.org or by calling 440-871-2900.