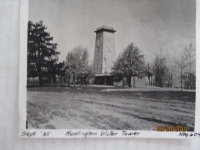 1. The Cleveland Metropolitan Park System bought the John Huntington Estate for $500,000 in 1925.

Continuing on with our timeline, I note seven more life-changing events for our village.

1. Cleveland Metropolitan Park System. In 1925, the Cleveland Metroparks bought the John Huntington Estate for $500,000. Within the village limits Bay now had an “Emerald Necklace” with the best beach for miles around. Situated next to Cahoon Memorial Park, the Village of Bay took advantage of these two wonderful gifts that bettered our lives. “The Beach” became a daily visit and fishing and boating off its shores brought much fun and happiness. Baycrafters arrived in 1948 and Huntington Playhouse in 1957. We now had a cultural area in the center of town.

2. The Cahoon Barn Becomes the Community House. In 1936, as a Works Progress Administration project, men from the Village and WPA worked on Lake Road and the remodel. The new building replaced the old red schoolhouse as the center of community activities. The building currently houses the city's recreation department and the Village Bicycle Cooperative. Plans for the future will make it a modern up-to-date community center to serve us even better.

3. Growing Up, the Schools Come Into Their Own. A new school, named Parkview, was completed in 1922. The Red Brick School House school colors of blue and white appeared on sports uniforms for Parkview. In 1946, Jack Llewellyn came to Bay to coach the Parkview football team. He advised the high school athletic council they needed to have a mascot for their athletic teams. A contest was held and the winner was “Bay Blue Devils.” The school board, not happy with the winner, accepted the second entry name, Rockets, as being more appropriate. In the fall of 1947, for the first time, a Parkview team took the field under the name Bay Rockets and the senior class petitioned the administration and board of education to change the name of the school from Parkview High School to Bay High School. They were the first class to graduate from Bay High School. At the same time, Miss Joyce Rowbotham became the new choir director and taught us all how to "breathe from our diaphragm."  Mr. Roland Hosmer arrived with a military marching style and midnight blue/black uniforms with red sashes. The high school stepped out into the future and never looked back. Our lives became more centered around our schools. “Our children are our best business” became our motto.

4. Three New Churches. By the late 1940s, St Raphael’s Parish, St. Barnabas Protestant Episcopal Church and Bethesda-on-the-Bay Lutheran Church were well established. They changed the daily life patterns for many citizens. St. Raphael’s built a church and school. These churches are still active. St. Raphael’s has grown to become one of the largest churches in the village.

5. The Bay Shopping Center. Dr. Knoll built the first strip shopping center in Bay Village in 1949. Located at the corners of Wolf and Dover Center roads, it had a great impact on the daily life of the citizens. Mom and Dad could now find most of their sundries, hardware, new shoes, shoe repair, bakery, sporting goods, pharmacy, grocery store, five-and-dime all in the same place.

6. The Village of Bay Becomes a City. The charter we use today was offered to the voters in 1949, passing in 1950. At the same time the village became a city, having been certified as having 6,917 residents, passing the required 5,000 resident threshold. An election was held to name the new city.  The winner was “City of Bay Village.” This name told you three things: first, we were a city; second, we were rural; and third, we were on the shores of a body of water. We had new addresses.

7. The Coronavirus Pandemic of 2020. Our residents have lived through many difficult events over the years. To name some of the past crises we have overcome: WWI, Spanish Flu, Polio, Diphtheria Epidemic, Depression, Bank Crash, WWII, Vietnamese War, and today the coronavirus. We have always seemed to persevere, help our neighbors, be giving souls and offer prayer and companionship. Today, we are facing another difficult period in our history. We will be OK. This too will pass.