Westlake: New homes to be built in antiquated subdivision 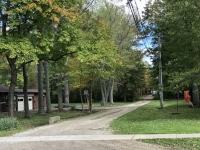 One definition of an antiquated subdivision is a subdivision that consists of building lots which do not meet current development standards. In 2017 it was estimated that Florida has 2.1 million vacant lots in antiquated subdivisions. Westlake had at least 49 such vacant lots in one subdivision named Lagrange, southwest of Meadowood Golf Course, until the city's Planning Commission recently voted affirmatively to assemble four of the narrow 40-foot-wide sublots into one nearly acre-sized lot, and five other 40-foot-wide lots into two nearly half-acre lots.

The developer is a master at finding bits and pieces of undeveloped, sometimes unusable land, and entering into purchase agreements with the current owners to make something useful out of them. One of the problems with antiquated subdivisions is that often the individual sublots are owned by many different individuals who are not interested in working together. This is what has stymied previous developers over the years who have tried to build out Lagrange Subdivision.

Like the millions of antiquated lots in Florida, the ones in Westlake are the result of the land boom that occurred in the United States in the 1910s and 1920s. It was platted in 1915 by the S.H. Kleinman Realty Co. The original plat included 50 approximately 40-foot-by-250-foot lots flanking a 45-foot-wide Carlton Avenue. What today we would call “bowling alley lots” (long and thin).

Carlton Avenue dead-ended into a 20-foot-wide Leroy Road. Lots of only 40 or 50 feet in width, were and are common in places that developed at the end of the 19th and beginning of the 20th century. In places like Lakewood they could be even narrower because this was a time when people took streetcars and cars were a newfangled invention. If there was a garage (or outhouse) it was detached and set back deep on the lot.

Today, a minimum lot in Westlake needs to be 100 feet wide and 20,000 square feet (nearly a half-acre) to accommodate the size of houses currently being built with an attached side loaded garage with a now-typical three car bays.

You may have never noticed Carlton “Avenue” because it is what is called a “paper” street. It was platted in 1915 on paper but it remains unpaved to this day with only some gravel covering buried utilities which were installed years ago to service adjacent subdivisions. It looks like a deserted country lane running east between 4209 and 4233 Bradley Road. It is south of and opposite of Park Avenue and north of Mallard Cove.

The area around Bradley and Center Ridge roads was known as Puthville at one time. This is because there was a post office in the Puth General Store which was located on the southwest corner of this intersection. The 17.5 acres that the Lagrange Subdivision was platted on was owned by Joseph Puth until he sold it to the S.H. Kleinman Realty Company.

This company, founded by Samuel H. Kleinman, had well over 2,300 real estate transactions in Cuyahoga County, with the bulk of these occurring between 1924 and 1960. Most of his subdivisions were on the east side of Cleveland, or in Cleveland Heights and Lakewood. However, in Bay, he platted East Oviatt Road between Dover Center and Glen Park, Parkside and the east side of Kenilworth south off of Lake Road and 53 acres off of Butternut Ridge in North Olmsted, west of Stearns. The streets Elmhurst, Wellesley and Whitehaven in North Olmsted were part of this development.

At about the same time, he developed “Regal Park,” “Glenmore Gardens,” “Forest Lawn,” “Kenwood,” “Yorkshire Heights,” “Irvington” and “Pelham Manor.” All very British sounding names. Why he chose the French name “Lagrange” for this subdivision and French “Leroy” for one of the streets is unknown. Perhaps the township named LaGrange in adjacent Lorain County provide a clue? “Carlton” is a place name from England.

Why wasn’t Lagrange Subdivision ever built out? Even today this area is the most remote in Westlake. Unlike the Kleinman subdivisions in Bay Village and North Olmsted there was no adjacent access to an interurban railroad. A planned interurban along Center Ridge Road was never built. The fact that the lots were only 40 feet wide rather than 50 feet probably hindered construction on them later when automobiles became more prevalent. In addition, the proximity to “Puthville” may have been a hard sell.