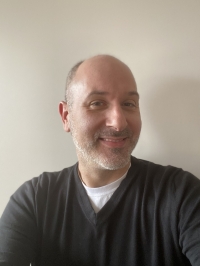 After two months, Bay Village finally has a full roster of City Council members, after Michael Greco was unanimously appointed to the open Ward 3 seat on Feb. 22. Greco was selected from six applicants to fill the seat vacated by Sara Byrnes Maier, who transitioned to the at-large position after the Dec. 31 resignation of Nancy Stainbrook.

Greco, 43, was sworn in during the regular meeting of City Council on March 1. He has lived in Bay Village since 2008 and currently serves as the director of human resources for the city of Rocky River.

The courses Greco took as an undergraduate fueled his interest in local governance.

“I’ve had a passion for state and local politics since my college career at Hiram College,” Greco recalled. “I had a great professor there who taught a number of courses focused on this topic and he was an elected official as well. I've always felt that at the local level, you get the true sense of what actually the most pressing issues are facing a community.”

Greco identified one of those pressing issues facing Bay Village that he wanted to spotlight as a member of City Council – the city’s sewer infrastructure.

“I feel that with Lake Erie bordering our city, we need to make sure that this environmental asset is taken care of to the best of our ability,” Greco said. “I know surrounding Westshore communities have placed a huge emphasis on updating their [sewer] systems and I would like the city to do that as well.”

The Council shakeup has caused a shuffling of committee assignments. Greco will become chair of the Services, Utilities and Equipment Committee. Council is still finalizing the other committee roles.

Greco’s Ward 3 seat – along with those of the other three wards, one at-large, the council president and the mayor – will be up for election this November. Greco, who lives on Osborn Road, is looking forward to meeting more of his constituents and running for the position.

“I hope to familiarize myself quickly with the current legislative issues facing the city and introduce myself to my ward and let them know I will do my best to represent their interests,” he said.

Council President Dwight Clark expressed optimism that Greco’s background will allow him to swiftly acclimate to his new position.

“Michael Greco brings a wealth of municipal experience to the City of Bay Village, and we welcome him as the newest member of our Council team,” Clark said. “His background in public administration and city government will serve our City well, and allow for a expedited legislative learning curve, especially at a time when Bay Village is undertaking a number of important and transformative public improvement projects.”

Of the six men who applied for the Ward 3 vacancy, four, including Greco, had previously applied for the at-large seat that went to Sara Byrnes Maier. Greco's mix of theoretical and practical experience will be an asset to Bay's legislative body.

"Between my education and the experience in local government functions I have gained for working for Rocky River," Greco said, "I feel I can give a unique perspective and input on future legislation and projects for this great city."