When vaccine scares more than smallpox 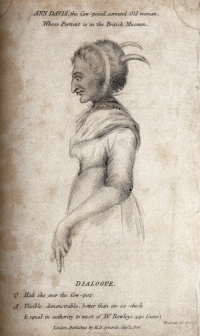 Pondering vaccine hesitancy, I thought, “If COVID-19 disfigured like smallpox, people would be more vaccine-inclined.”

In 18th century Europe, most were infected. Of those, 1/3 would die; many went blind.

Between the 16th and 18th centuries, smallpox traveled with European settlers and decimated native populations in America and Africa.

The 16th century Spanish conquistador, Hernán Cortés, ascending the smallpox-plagued Tenochtitlan, the capital of the Aztec, described, “We could not walk without treading on the bodies and heads of dead Indians … the stench was so bad that no one could endure it.”

In 1796, he inoculated his gardener’s son, James Phipps, with the pus from a milkmaid Sarah Nelms, who had active skin lesions from cowpox, a milder form of pox infection.

The boy suffered for days and completely recovered. Later, Jenner challenged him with smallpox, and he never got sick – proof of true immunity.

Jenner is credited with saving the most lives in history.

Where did Jenner succeed? He gave the process a proper name: Vaccination – coined from vacca, the Latin word for cow.

And he persisted in pushing the idea of vaccination to the skeptical medical community and the world.

Boy, did he get flak for it.

Dr. William Rowley, Jenner’s contemporary, claimed vaccination exposed people to “the diseases of beasts, filthy in their very nature and appearance.” Reading his and others’ fantastic and vitriolic anti-vaccine cartoons and writings, I’d say, Dr. Tony Fauci had it easy.

Despite the vaccine’s successes and continuous improvement, it took almost two centuries before we got a handle on smallpox.

In 1967, 14 million people were infected with smallpox globally and 2 million died. World Health Organization (WHO) began an aggressive vaccination program. In a short 10 years, we saw the last case.

In 1980, WHO declared: “Smallpox is dead” and ended all smallpox vaccinations.

I see heroes: Jenner; the dairy maid; the gardener’s boy; Blossom, the dairy cow; the prisoners and orphans who “volunteered” for the experiments; the conscientious scientists, statesmen, and citizens who came before and after Jenner.

The COVID-19 mRNA vaccines came from decades of animal studies and were tested on hundreds of thousands of volunteers.

A popular symbol of the medical profession is a snake coiled around a rod, referring to Asclepius, the Greek god of healing. The story goes, he was so successful in saving lives that Zeus, the Greek overlord, feared Asclepius might immortalize humans and struck him dead with a thunderbolt.