Who were the Westons of Westlake? As 'second wave,' settlers build lasting legacy 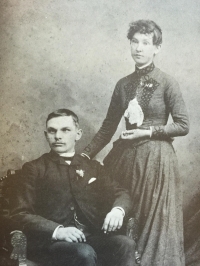 Part two of a five-part series.

In part 1 of this series, we introduced you to “Deacon” Asa Weston, who had moved from Massachusetts to Ohio in 1817 after marrying his wife, Thankful Robbins. They settled in Euclid Township. George Weston was born to them there.

At 24, George moved to Medina County where he met and married Rhoda Allis. Their son Asa Lemuel was born there in 1853.

In 1852 Thankful died and in 1853 “Deacon” Asa remarried. In about 1855 Asa Sr. and his second wife, Mary, as well as George, Rhoda, and Asa L. moved to Dover Township. In 1862 Arthur E. was born to George and Rhoda when they lived in a house near Bradley and Center Ridge.

The Westons represent a second wave of settlers to Dover Township who came after the first wave of pioneers had built the initial homesteads. However, their 150 years of contributions to the community rival those of many of the “first” families. The Weston family flourished on Columbia Road with George and Rhoda Weston’s 100 acres divided between their three sons and their three sons' descendants.

The last known “Weston” living on the property was Doris Weston, who died in 2006. She had never married and occupied her childhood home, at 2391 Columbia Road, probably built by her father, Charles, on land he had received from his father, Arthur E. Weston. This home was torn down in about 2000 to make room for the Chapparal cluster development.